When it’s a bear. 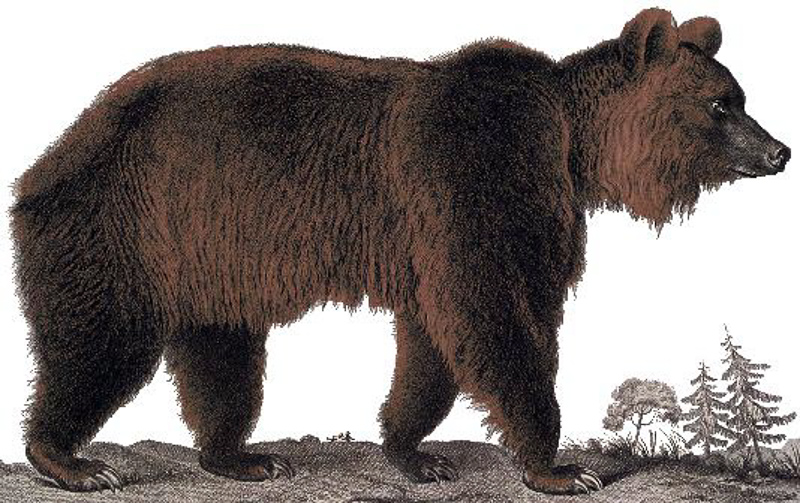 I’ve been writing the second chapter of my book. In this instalment, I will tackle the mystery of where the giant panda sits on the tree of life. Armand David, who “discovered” the panda, thought it a bear. Alphonse Milne-Edwards, who wrote up the formal description a few years later, considered it more like a lesser panda.

For almost 100 years, opinion was evenly divided. Some experts considered it a bear, others a raccoon and a few fence-sitters suggested it should lodge in an entirely separate group somewhere in-between. A stonking great monograph published in the 1960s by Chicago anatomist Dwight D. Davis seemed to settle matters in favour of the bears.

Except that there was no let up in the number of studies addressing the apparent puzzle. The reason, I suspect, lies in the availability of new data – notably molecular data – and the invention of new methods to analyse it. The temptation to use these data and methods to take a peek at a crowd-pleaser like the panda was just too great for successive generations of researchers to resist.

The first molecular-level analysis of the giant panda came in the 1950s, when a couple of biologists from Kansas University requested a sample of giant panda serum (blood minus the red-blood cells) from the Serological Museum at Rutgers University in New Jersey.

You didn’t know there was such a thing did you? Coincidentally, an article on this intriguing institution appears in the September issue of Endeavour, the history-of-science journal that I edit. The Serological Museum’s raison-d’être, according to a report in Nature in 1948, was “for the collection, preservation and study of the proteins of the blood…in the belief that such proteins are as characteristic as other constituents and are as worthy of preservation and comparison as skins and skeletons.”

The Kansas researchers used an immunological method to assess the closeness of bears, giant pandas and lesser pandas, and concluded that “[t]he serological affinities of the giant panda are with the bears rather than with the raccoons.”

But the studies still kept on coming. Last Saturday, I interviewed Dr Stephen O’Brien of the National Cancer Institute, who was the lead author of perhaps the most thorough molecular analysis of the panda’s position published in 1985. Normally O’Brien works on the role that genes can play in complex human infections, but he found himself drawn into the panda question in the early 1980s. “I could not resist this one, a century-old debate, unsettled and looking for a new approach,” he wrote in his 2003 book Tears of the Cheetah: and Other Tales from the Genetic Frontier.

The giant panda’s a bear, he and his colleagues concluded. So David, who rooted for bears, was almost certainly right and Milne-Edwards, in siding with the lesser panda, was probably off the mark. What his misdiagnosis did give us, however, was a cracking common name for this species. You’ve got to admit it – the “black-and-white bear” is not half as good as the “giant panda”.

When is the giant panda not a panda?