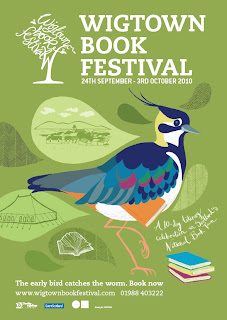 It’s time I put together my talk for the Wigtown Book Festival next week. I was excited to read that the festival programmer Adrian Turpin selected my book/talk for the first of two “Festival Director’s Cuts”. He says:

Everyone loves pandas. But until 150 years ago they were unknown outside China. Now they’ve become diplomatic pawns. Henry Nicholls’ black-and-white tale should be read all over.

I will be talking about The Way of the Panda (and hopefully signing a copy or two) at the County Halls in Wigtown at 3pm on 30 September. I think you can buy a ticket here.

As one friend put it, County Halls this year, Carnegie Hall next.