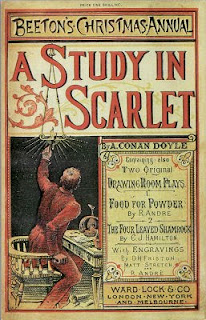 As of 1 January 2010, I will no longer be the editor-in-chief of Endeavour, a quarterly history of science journal. This is of some sadness to me as it is a publication that has given me a lot of joy over the last eight years.

By my reckoning my first issue was June 2002, since when I have seen through 31 issues, each carrying an average of 6.5 articles, each of which comprised of about three illustrations around 3250 words. That’s more than 200 articles and almost as many authors, 600 illustrations and 650,000 words.

At the beginning and end of my stint in charge, I oversaw the publication of these articles with minimal assistance – editing, copyediting the text and sourcing images myself. In the halcyon middle years, however, I had the pleasure of working with the excellent and invincible Arthur Wadsworth. Whilst I’ve always been a fan of Endeavour, Arthur was possibly more enthusiastic about the enterprise than me and potential authors would frequently assume he was the editor. It’s been a struggle without him and now, as Endeavour floats towards its next incarnation as a peer-reviewed academic history of science journal, I’ve decided it’s time to jump ship. It needs an academic editor not a journalist and writer like me.

Poring over back issues of the journal that I’ve seen to press, there are many highlights, most of which Arthur was involved with. I’ve produced here a shortlist of articles all of which have a lovely structure, are beautifully written and are strikingly illustrated.

I particularly liked the structure of Janet Browne and Sharon Messenger’s Victorian spectacle: Julia Pastrana, the bearded and hairy female. The authors looked at the public reaction to the “freak” Pastrana as she toured exhibition halls before, during and after the “Darwinian moment” of 1859. This allowed them to consider how thinking changed in the light of Charles Darwin’s On the Origin of Species. In Relics, replicas and commemorations, Soraya de Chadarevian marked the 50th anniversary of the discovery of the double-helical structure of DNA in a completely original way – tracing the story of one of the metal base pairs used in original Watson-Crick model from its conception and manufacture to its neglect and ultimate apotheosis. There is another coming in my last issue – December 2009 – by D. Graham Burnett with a really fresh take on the apparent analogy Darwin set up between artificial and natural selection. Burnett argues, extremely persuasively I think, that it isn’t an analogy at all.

There were several authors who could really write, for whom I had to do virtually no editing at all. For example: Mary Anne Andrei wrote with consummate ease about The accidental conservationist: William T. Hornaday, the Smithsonian bison expeditions and the US National Zoo; John C. Waller created a wonderfully accomplished article on Parents and children: ideas of heredity in the 19th century; James Delbourgo’s Underwater-works: voyages and visions of the submarine was a treat from beginning to end; and all 30 articles delivered by Patricia Fara were pretty much word-perfect.

Endeavour was rather special for the room it gave to illustrations. In recent years, the budget for sourcing images has been tightening and I wouldn’t be surprised if the stream of illustrations gradually dries up in the coming years. But while it lasted, there were plenty of visually arresting pieces. Robert A. Jones’ article ‘How many female scientists do you know?’ had some super stills from British films from the 1950s and 1960s that had some of the earliest portrayals of female scientists. In Sherlock Holmes: scientific detective, Laura J. Snyder reproduced some lovely cover images and engravings from Arthur Conan Doyle’s books. And Kristian Hvidtfelt Nielsen brought us some marvellous unpublished satirical cartoons as he went In search of the sea monster.

I have a longlist of articles that’s too long to list, but looking down it exposes my bias for the history of biology and more specifically the history of natural history. If I’d been a better editor, I would have resisted indulging my own interests. Then Endeavour might have had more history of chemistry, physics, technology and medicine. I expect the new editor – whoever it is – will be able to put this right. I just hope they also manage to maintain the journal’s relative readability.

Moving on, sad as it is, now frees me up to concentrate on writing Political Animal and then, I hope, other books. But I am determined to stay in close contact with the history of science community I have got to know and like so well. I have met many hundred super people and enjoyed working with all of them.